My crew isn't super big yet, but meet my crew!

Petz I Got From Friends 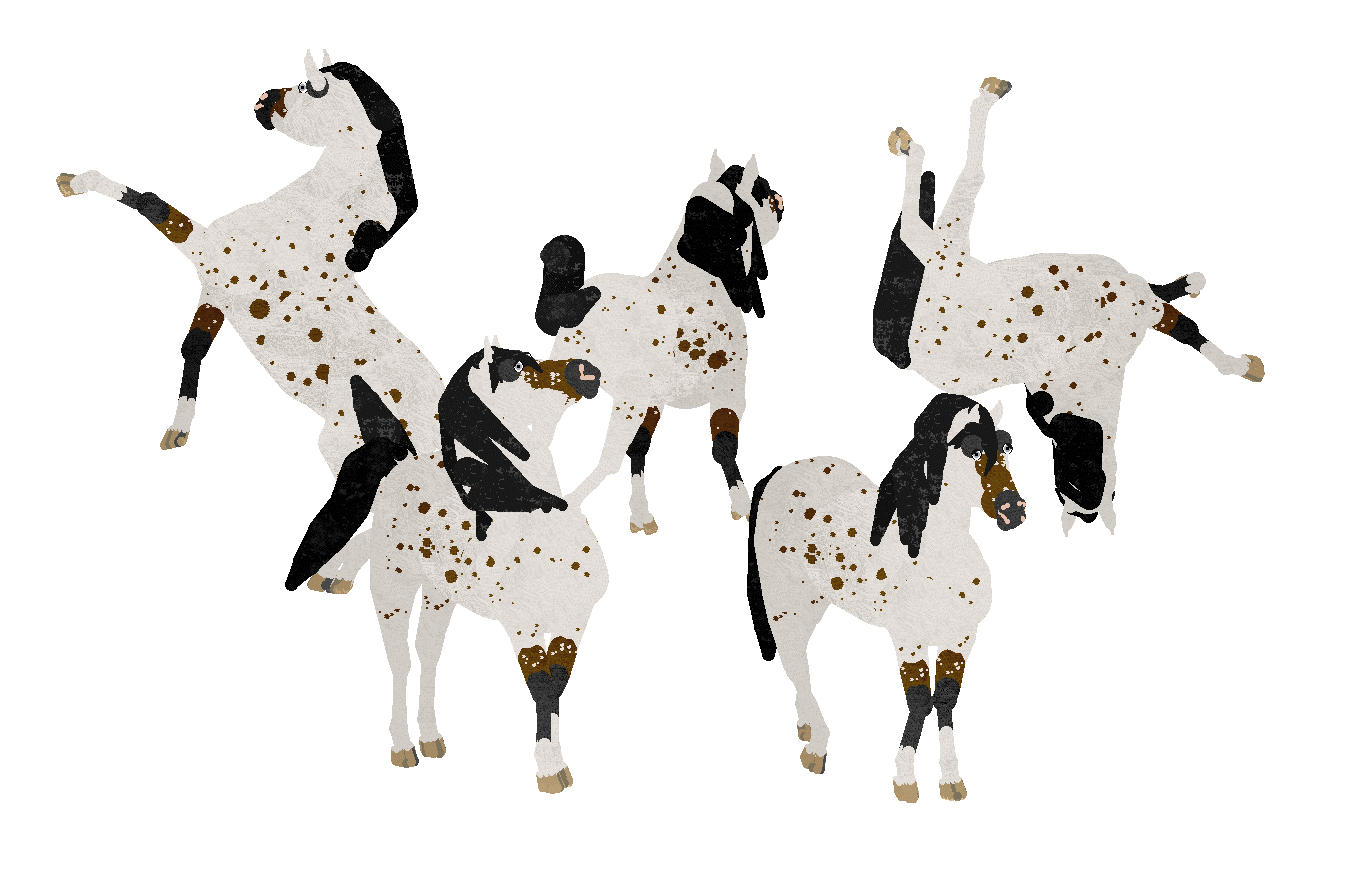 A very pretty horsie that likes doing backflips. I am considering training her or putting her in shows because she's very cute. She hates Crayola and makes it her goal in life to attack him at every opportunity she gets. 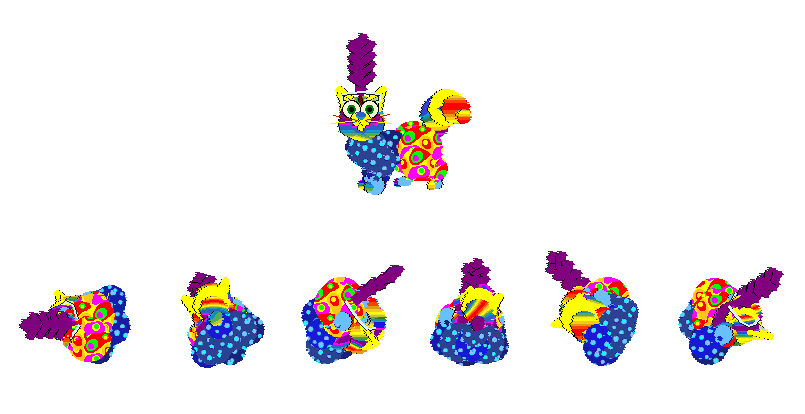 A very pretty tidye cat chinchi mix. He's playful and loving but has chinchi tantrums. He makes the prettiest chinchi balls cuz of his clothing and fur color.

Magpie is the first pet I've decided to raise from a baby. Since she's an oshie, I crappily pasted together a saferoom for her to fill with items that don't scare her. She's very adventurous in her little saferoom; dancing to music, chasing her boomerang, and playing with her bunny nannies. 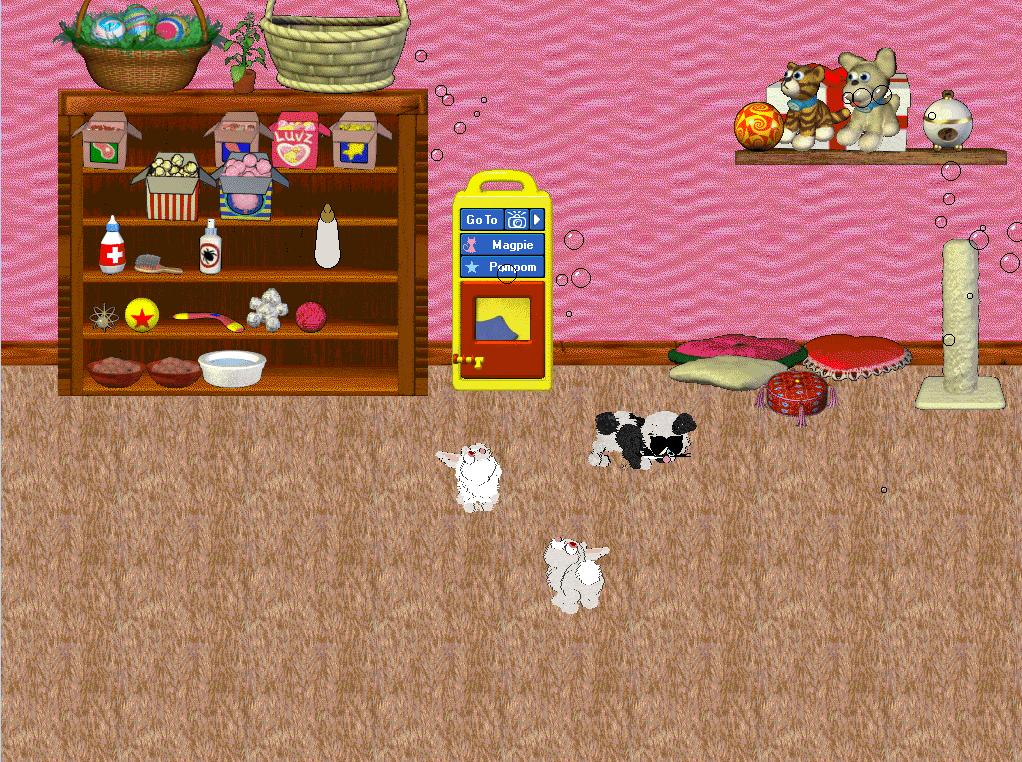 I made these two to help raise Magpie. They're adult bunnies but very small. Their personalities are chinchi main coon mix. They're very nurturing toward Magpie and are easy to put to sleep from their sleepy sickness.

Basically Lord Farquaad in cat form. He is the king of meezers. He's also one of my gene editing experiments, to make a breeding lineage from the meezerest meezer Ramses.

Goofy is my sad mime dog. He's a dalmation poodle mix. He sounds like a dalmation.

Chin is one of my first personality edits and I put him up as a sample download in my personality lab. He's still my big baby, though. He doesn't have any of the traits that makes a chinchi a chinchi. He does the rolling trick a lot and will only do tricks for the chicken treat. He's also heavy and floppy like a persian because that's where his personality is from.

Scarlet is not a nice kitty. She attacks most of my other petz. She does get along with baby petz though because she is nurturing despite her demonic personality. Even though she is half oshie, I see NO oshieness in her whatsoever.

Checkers is very cute. She's a maine coon chinchi mix, and is very loving. She gets along with most of my petz. Her parents were colored like Chin, but for some reason her colors mutated the way they look. I like making her wear the bee antenna cuz she looks kinda like a bee to me.

These two are close lovers despite being polar opposites.

Mr.Moon is a very mixed kitty. His grandparents are a siamese, BW, alley cat, and calico. He has the meezer personality but also has alley sickness. He's not a very social cat, the only petz I've seen him interact with are Magpie and Scrumpy. He rarely plays with anything either, spending 99% of his waking time grooming himself. 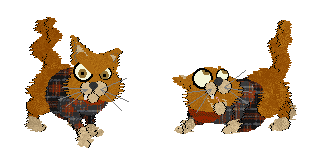 Was originally gonna be a throwaway pet for an experiment I was doing until I saw him making friends with Mr.Moon. This was the first time I'd seen Mr.Moon interact with ANYBODY so I had to keep him. I fattened him up and groomed his messy fur. He is now a happy pampered alley cat with a home.